News updates about the environment can be pretty grim, as we all know that a lot needs to be done to turn back the tide on climate change. If you’re feeling a lot of eco-anxiety these days, here are some positive stories to inspire you and get involved in.

Designed by Irish company Unthink, the colourful national and worldwide denomination stamps and a first day cover are available at //anpost.com/shop and selected post offices.  The ‘N’ stamp shows graphics of an electric trike and a postwoman with the call to ‘Act now on Climate Change’ while the ‘W’ stamp has a hand holding a globe and the message ‘The Future is in your Hands’.   Each self-adhesive stamp is produced on a sheet of 16 stamps.

Plant wildflowers for the bees

Ireland’s pollinators, wild bees, are in decline, and we need to rethink how we plant to help reverse this worrying trend. Keelings teamed up with garden designer Diarmuid Gavin to launch The Great Rewilding, an initiative which will see 100,000,000 wildflower seeds planted around Ireland this summer.

To get involved, people can pick up free wildflower seeds by redeeming promotional codes online from special berry punnets. Each seed pack has a blend of 30 different species of wildflowers, which have been mixed by expert wildflower grower Sandro Cafolla in Carlow. Each punnet entitles you to redeem one seed pack, and households are limited to two seed packs in total. Schools can get involved too, with 250 schools nationwide to receive a special pack of wildflower seeds. Find out more at keelingsgreatrewilding.ie.

L’Oréal Paris today announced its sustainability program, “L’Oréal For the Future, Because our Planet is Worth it”, initiating the brand’s latest set of ambitions for 2030. L’Oréal Paris will now embrace the ambitious mission of reducing its carbon footprint by 50% per finished product. It will also contribute 10 million Euros to environmental projects whose beneficiaries are communities of women around the world.

Part of the goals include optimising packaging towards a more circular model and reducing the weight of the packaging to conserve resources and reduce carbon footprint. The brand is looking at the biodegradability of formulas and reducing the water footprint of products. L’Oréal factories will also continue efforts to reduce carbon emissions, water consumption and waste generation. 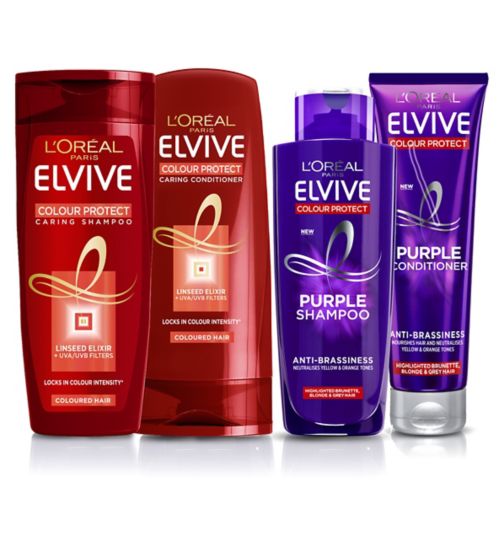 An Irish girl serenading the world

A 12-year-old Irish girl has been chosen to sing on the Earth Day Network’s online channels, which will be broadcast to 190 countries. Ruby Maher has called the song Lullaby For the World Ireland’s ‘gift to the world for the global celebration of Earth Day. The song was written by leading Irish songwriter Brendan Graham and will be performed by Ruby, her two sisters and their father from Co Kildare.

“Lullaby For The World is a truly evocative and emotive song for our beautiful planet, and while it is a ‘lullaby’, it has the power to awaken people; energise, enlighten and educate them, and bring them with us on this collective global journey of cherishing and respecting our environment,” says Earth Day Network president, Kathleen Rogers.

The tide has turned on glitter

You may already know that beads in exfoliators can often be made of micro-plastics, which end up in our water system, but did you know micro-plastic glitter also poses a problem? To conicide with Earth Day, Brown Thomas and Arnotts have removed all beauty products containing plastic glitter from their website. This process, as part of the Positive Change sustainability programme, saw over 470 cosmetic products removed from sale.

The Falls Hotel in Clare has been awarded Carbon Neutral Status by Green Hospitality Ireland. The hotel has taken a number of measures in the past five years to eliminate their carbon output. One of the most significant measures taken by the hotel was the installation of a €1.3m hydroelectric turbine on the nearby River Inagh which generates enough electricity to power the hotel.  Other projects included switching to renewable electricity and Bio LPG gas, using water from the hotel’s own well and planting 350 native Irish trees on the hotel grounds.

A new urban woodland in Cork

Over 500 native Irish trees have been planted on Cork’s northside as part of the Gurranabraher and Churchfield Green Spine Initiative. This micro urban woodland is called the Groovee Grove is growing on a quarter acre south-facing bank opposite the grotto at Sun Valley Park. The planting will enhance biodiversity in the area, with the close planting of the woodland enabling high carbon capture from the atmosphere. Native species include birch, alder, hazel, oak, hawthorn, willow and roan.

The trees were planted by members of a bike group at the local youth centre The Hut, and this has inspired pride in their local area, youth worker Joe Curtain explains.

“The planting has really given them a sense ownership of the area and really grown local interest in biodiversity so they will look after it into the future. Also, the trees are going to massively enhance the area,” Joe says.

“The young people who did the planting are part of the Bike Group in The Hut and, even though the planting was done individually, we had a great discussion about it afterwards on Zoom; they are also looking to advocate for a bike track in the area for bicycles.”

How to recycle your beauty products

#LiveBetter: 10 ways to be more eco-friendly in your everyday

These washed linen bedsheets keep selling out – here’s why