3 books we can’t wait for this autumn The new OMGWACA books sees Aisling turning 30, Sophie White’s first fiction novel explores the perils of an Instagram-filtered life, and Vicky Phelan tells her inspirational story in her own words

From the Irish publishing sensation Oh My God What A Complete Aisling, the memoir of the woman who broke the Cervical Check scandal and became an advocate for Irish women, and a fiction debut that delves into the perfect lives we’re all obsessed with on Instagram, here is what we predict you will be reading this autumn. Pre-order now to support these brilliant Irish female writers.

ONCE, TWICE, THREE TIMES AN AISLING

This time Aisling’s turning 30, and, of course, she’s still a complete Aisling. As she continues her adventures in adulthood, business is booming at café BallyGoBrunch. Her best friend Majella is expecting the hen of the century, while Aisling is in the throes of a fling with the handsome and mannerly blow-in James Matthews. Life is all go, but when the big birthday hits, Aisling is faced with a huge surprise and an unexpected decision. Throw in a hapless wedding planner, a mysterious American visitor, the sudden return of her brother Paul, not to mention her ex-boyfriend John’s face around every corner, and Aisling’s got an awful lot on her plate!

Sales figures to date make the Aisling books the bestselling fiction titles published in Ireland this century. Last year, The Importance of Being Aisling, the second book in the series, debuted at No 1 in the bestseller charts, while the first book, Oh My God, What a Complete Aisling, has been in the bestseller lists since it was published in 2017. Glowing reviews have compared the series to the work of Marian Keyes and Maeve Binchy, and have described Aisling as ‘an Irish Bridget Jones’.

In a world where Kim Kardashian can ‘break the internet’ with a single post and a young hairdresser from Essex can become an Instagram sensation simply by cleaning her house, everyone seems to be #livingtheirbestlives on social media. But what about the parts of our lives that don’t get the ‘filter’ treatment?

Ali Jones is hell-bent on achieving her #lifegoals: 10,000 Instagram followers and a win at the upcoming Glossie Influencer Awards. So when she inadvertently leads people to believe she is pregnant, she quickly realises that riding the ‘Mummy Influencer’ wave could be her ticket to Insta-success — even if, off-screen, her life is falling apart. But then things get even more complicated when Tinder Sam, Ali’s one-night-stand, resurfaces, determined to take his new role as baby daddy seriously … Elsewhere on Insta, Ireland’s biggest influencer (and Ali’s idol) Shelly Divine has it all – at least on social. But beneath the immaculately curated feed, cracks are appearing. Shelly harbours a secret from her followers – and her husband – but who will be the first to discover what she’s been hiding? As the night of the Glossies approaches, what will it take for Ali and Shelly to realise what’s truly important before they lose what matters most?

Set in the world of Instagram and with overtones of Sophie Kinsella’s Confessions of a Shopaholic and Dawn O’Porter’s The Cows, Filter This is packed with darkly humorous observations and insights, with its finger firmly on the pulse of our social media culture.

Pre-order here now at Easons or on Kindle here. 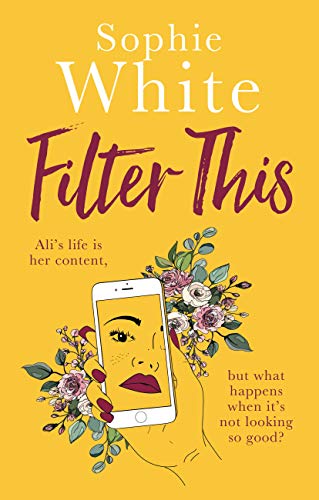 By going public with her court action against the HSE in 2018, Vicky Phelan broke the cervical check scandal, where 221 known sufferers including herself were not told of a clinical audit that revised their negative smear tests — that their cancers could possibly have been prevented. When Vicky delivered an emotionally charged statement from the steps of the Four Courts in April 2018 – having refused to sign a non-disclosure agreement in the settlement of her action against the HSE – she unearthed the medical and political scandal of our times. Since then, Vicky has become women’s voice for justice on the issue, and her system-changing activism has made her a household name. In her memoir Overcoming, Vicky shares her remarkable personal story, from a life-threatening accident in early adulthood through to motherhood, a battle with depression, her devastating later discovery that her cancer had returned in shocking circumstances – and the ensuing detective-like scrutiny of events that led the charge for her history-making legal action. An inspiring story of rare resilience and power, Overcoming is an account of how one woman can move mountains – even when she is fighting for her own life – and of finding happiness and strength in the toughest of times.

Pre-order from Easons here or on Amazon here. 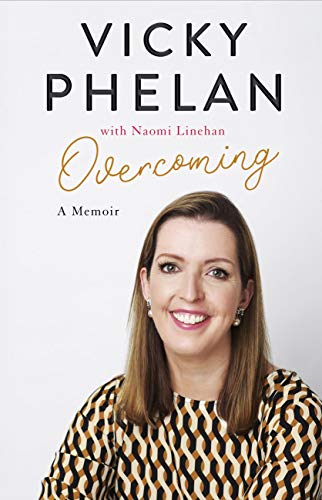